All Ink, No Sweat, and an Ultra Marathon Vet

SNOWY MOUNTAINS, NSW: The Snowy Mountains came alive on the weekend as trail runners from across Australia and from overseas took on the spectacular Alpine High Country.

Catch up with all the action from this weekends #TrailRunAus Snowies Ultra Trail Run and get excited for 2020, save the date 1st March.

Posted by In2Adventure on Sunday, 24 February 2019 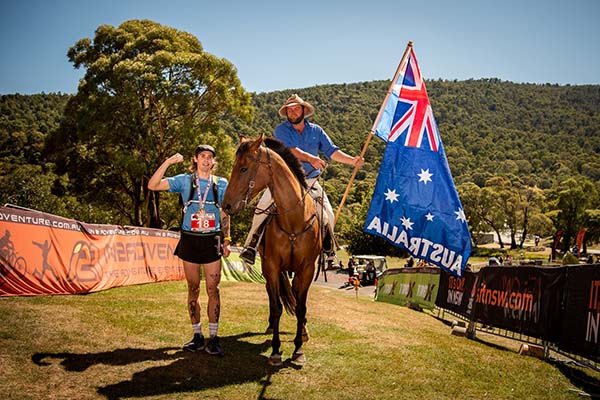 Debutant Hamish ‘The Tattoo Kid’ Wallace and Long Distance Star Steph Auston have taken out the Ultra Marathon at Round 4 of Trail Run Australia, on the Snowy Mountains.

A record field of 550 competitors battled the rugged trails of Kosciuszko National Park, across the 50km (Ultra), 21km (Half), 11km and 5km events.

The 50km Male and Female events were dominated by Wallace and Auston.

23 year-old Wallace is an aspiring tattoo artist, who had never run more than 21kms, and crossed the line with barely a bead of sweat on his brow, in a winning time of 04:01:58

“I started as a track athlete. But have recently been doing longer distances. I thought I’d give the Ultra a go. I actually found it easier to run over the longer distance. By the 40km mark I was ready for it to be over. But overall, I was able to find a steady rhythm and pace, and really enjoyed it.”

Wallace proudly sports tattoo artwork on his arms, legs, chest and stomach, and says this win might buy him a few more tattoos.

“Mum doesn’t really like the tattoos, but she likes me running. So I think running is what let’s me get away with getting all these tattoos.” 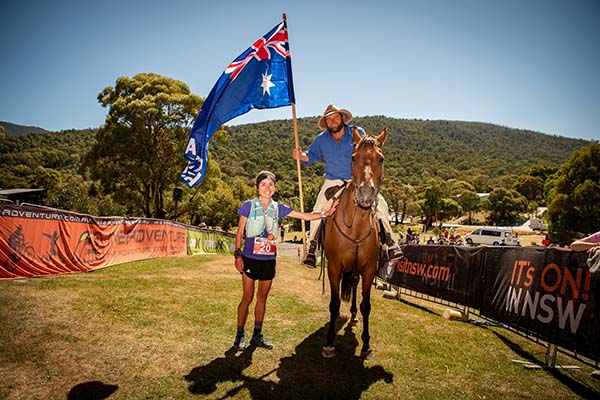 Auston is an Ultra Marathon athlete of high regard, and entered the race as the reigning Champion.

“I love taking it to the boys. I think with the longer distances, gender doesn’t really make that much difference.”

Penny Slater won the 21km Event with a time of 01:45:36, after placing second in Round 5 of the TreX Cross-Triathlon the day before.

The Under 23 Cross-Triathlon World Champion had a special recovery effort between her Triathlon and Trail Runs.

“I had beers and pizza. I love the carbs, and I think after a race like yesterday and today, I deserve a few carbs,” Slater said laughing.

Lachlan Oakes from Cherrybrook in NSW, took-out the Men’s Half Marathon event in a time of 01:31:31.

The 11km races were won by Rohan Ashton and Grace Crane, while Cierra Bright and Luke Vespa won the 5km.

For full results, videos, race reports and videos please visit the website at In2adventure.com.au on the links below:

Trail Run Australia takes runners to some of the most iconic and stunning destinations in this spectacular land down under.  It challenges participants to get off road and take on a challenge against mother nature in some of the most demanding and diverse terrain that the country has to offer.

From stunning beaches, to historic goldfields, remote rocky outcrops and rich rainforests, all the way to the iconic Snowy Mountains. Trail Run Australia inspires runners to tread the path less travelled in this wild and beautiful land.

All festivals include a:

In2Adventure are Asia-Pacific’s premier adventure event specialists, and the proud hosts of the 2016 ITU Cross Triathlon World Championships. With a full calendar of national events scheduled throughout Australia, including cross triathlon, XC Mountain Bike, trail runs and corporate events, In2Adventure fully embraces all things ‘off road’ and ‘off the beaten track’ and offers a unique, individual experience for all ages and skill levels.

Port Stephens set to host a weekend of off-road action this September with a...
X
Share this
Subject:
Message: