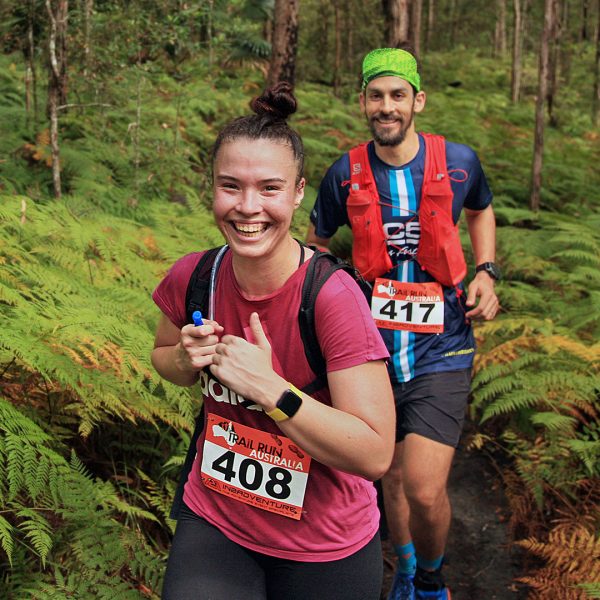 At In2Adventure we embrace all things ‘Off Road’ and ‘Off the Beaten Track’. If you’re In 2 anything that involves dirt, mud and action then In2Adventure is your ‘one stop shop’ for events with a difference.

In2Adventure was founded, and is driven by our desire to deliver events that focus on the individual experience of each participant.  We recognise that everyone has their own goals and aspirations and for each person these are different.  We embrace the philosophy that whether you’re an Olympic athlete, a weekend warrior, or one of our littlest Dirt Kids that each person’s goals are just as important as the next.

We value the fact that competition and winning are special, but equally important is the opportunity to challenge yourself, to achieve personal goals, and to have a fantastic experience along the way.  It’s about creating memories that stay with you a lifetime.

We look forward to welcoming you to our very special In2Adventure family at one of our many off road events throughout Australia.

What Our Customers (aka our family) Have To Say

Really fun event on a great trail! Would recommend it to anyone wanting to start trails or looking for a runnable 50k through one of the prettiest bits of Australia! Well organised and well run

🙂 I definately try come back next year! Steph Auston Feb 2018

Best Event Managers I’ve ever experienced. They are in touch with what participants want and are clearly motivated by what’s in the participant’s best interests. Warren Foster March 2018

Completed the 25km MTB race at Ferny Forest yesterday! A very well run event, we had a great day out! Thanks #in2adventure!! Marty Sherlock April 2018

Well organised and executed event. Super friendly people and atmosphere, I will defiantly be coming back next year with the family Kim Broadhurst Nov 2017

This is a well organise event Simon and Robin do an amazing job. The atmosphere and people are amazing . Both my husband and daughter compete and we all love going feel so welcome. Keep up the great job. Tracey Mitchell Brownlee Aug 2017

In2adventure invest a lot in organising well organised events that focus on a great experience for all comers. Mathias Kienholz Sep 2017

I am an endurance sport lover and took part in the 2016 Cross Triathlon National and World Championships run by In 2 Adventure. Truly some of the most fun I have had racing – sweet atmosphere, unreal course and great competition. Can’t wait for the next one! Rowan Beggs-French July 2017

From Then to Now

In 2006 In2Adventure was born with the launch of the Teva Adventure Series.   In a short period of three months, the team delivered highly successful events in Brisbane, Sydney, Melbourne, and Noosa with over 1200 participants taking part.

In 2007 the team discovered Cross or Off Road Triathlon which at the time was a relatively new sport in Australia.  It was a version of triathlon which embraced everything that In2Adventure was about including a Swim, Mountain Bike & Trail Run.  We loved this new version of the sport so much that the TreX Series was launched in Queensland with three races on Brisbane’s northside.

During this period the TreX Series continued to develop and grow based on feedback from our TreX family.  The series added all new standard, sprint, junior, teaser and dirt kids courses and a Dirt Fest Weekend which embraced Mountain Biking, Trail Run and MultiSport Events.

The series also expanded to New South Wales and Victoria.

2010 also saw the launch of the Mountain Designs Adventure Race Australia Series with six events in five states throughout Australia and the LunarC XC MTB Enduro, a unique mountain bike event starting at midnight Friday and finishing at 8am on Saturday.

In 2015 In2adventure were awarded the rights to host an Oceania Regional Championships in Australia and this acted as a test event for a possible world champs.

In May 2015, the ITU awarded the rights to host 2016 World Championships to In2Adventure, this was the first time the event had been awarded to a country in the southern hemisphere.

Along with this, a new concept in Mountain Bike Stage Racing was launched in the Snowy Mountains with the Snowies MTB Festival.

In2Adventure hosted the most successful ITU Cross Triathlon World Championships to date and exceeded expectations in regard to visitation and benefit to the region.

In 2017/18 the TreX Series grew to seven events in three states with the addition of an all new event location in Port Stephens, NSW.  New Aquabike and Duathlon formats were introduced at each TreX event.

With the impact of bushfires in 2020 and COVID-19 from 2020 to 2022, In2Adventure continued to deliver events under their ‘New Event Normal’ COVID Safe Strategy.  The 2020/21 season saw record numbers and sell out events despite the impact of the global pandemic.

2022 saw the expansion of Trail Run Australia Snowy Mountains into a 2-day festival with the addition of the UTRA70 Ultra and TRA42 Marathon.  Despite the impact of COVID Omicron and flooding in NSW the Port Stephens and Snowy Mountains Festival recorded record participant numbers.

2023 marks 10 years of In2Adventure developing and growing adventure events in Australia’s iconic Snowy Mountains and the team are looking forward to celebrating this inspiring milestone with our athletes, Lake Crackenback Resort & Spa and the local community.  Plus, returning to a full season of events after COVID.

What We’re All About

To deliver events that create such a personal, positive, and challenging experience for participants that it has people raving about them on social media and to their friends

To be recognised as the first choice in Event Management through: